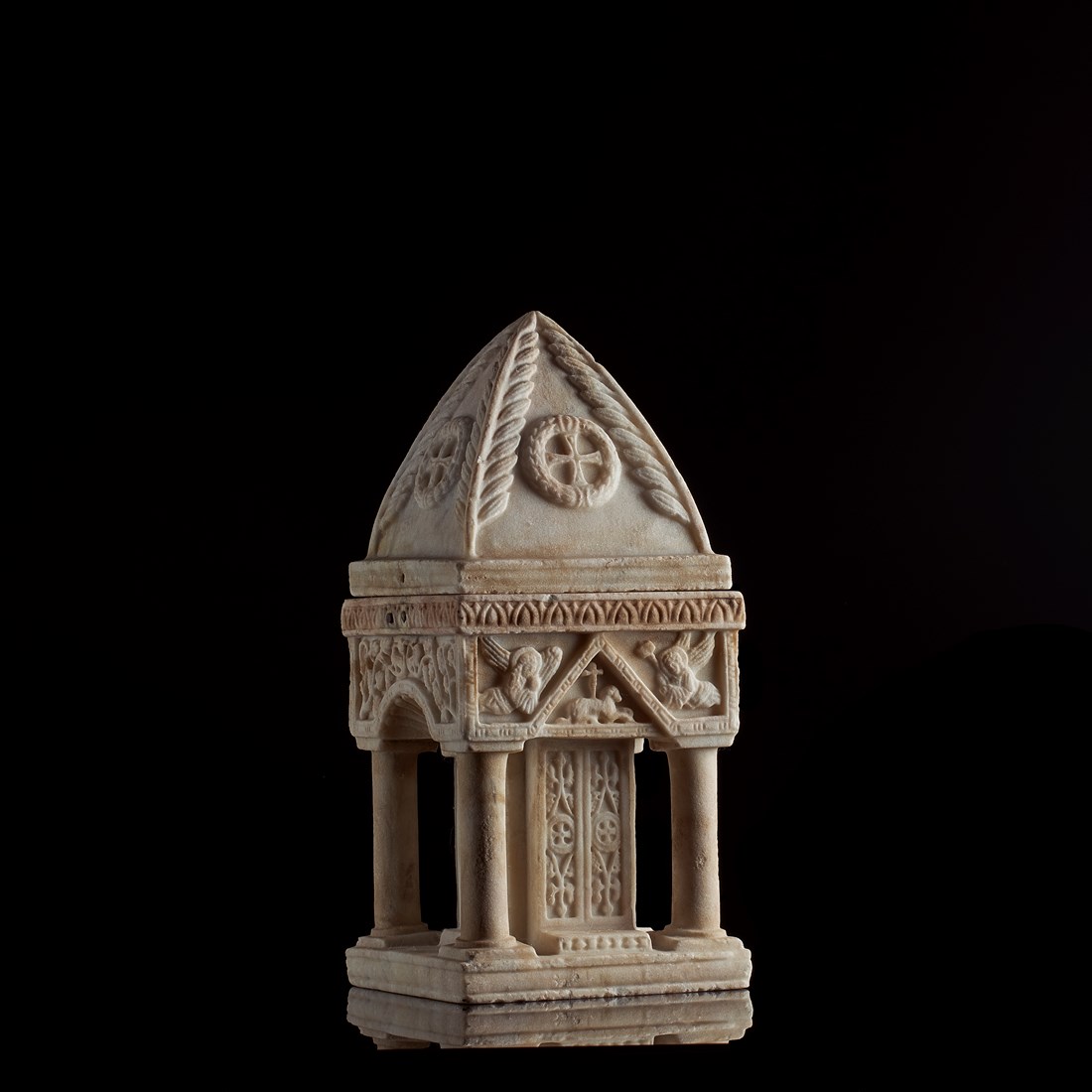 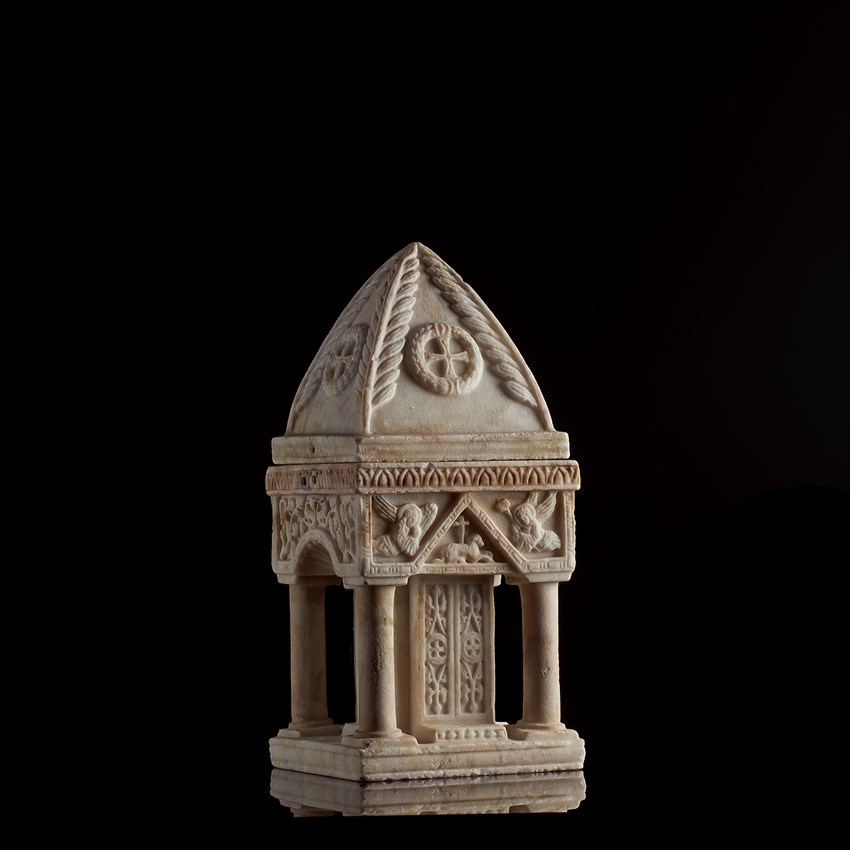 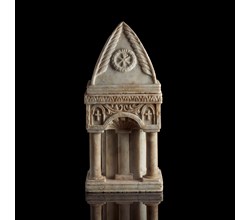 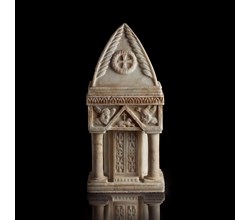 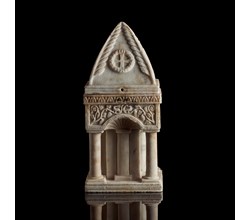 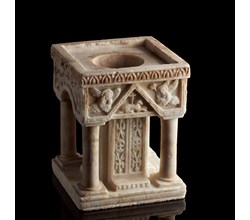 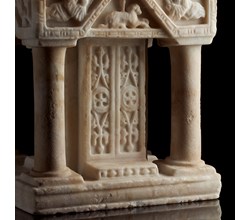 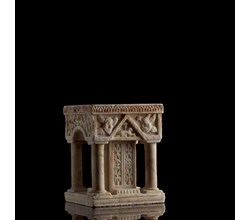 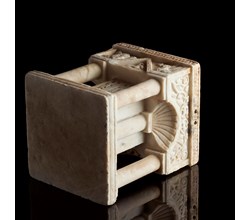 This lidded marble  reliquary casket has the shape of a Church ciborium ("ciborion"- Kißoprovin Greek) squared in plan. The church and lid have been carved separately, each from a single piece of marble.
The lid is composed by a pyramid cornered on four sides by branches of palm, flanking on three sides a central Greek cross closed within a laurel wreath. At the front, the laurel wreath surrounds the Christian monogram Chi-Ro.

The body of the reliquary is composed by four arcaded outer faces, each supported by four small columns, and a central pilaster with columns incorporated, on three sides, the space over them creating a niche shaped like a shell.

On the frontal side the space of the pilaster is sculpted like the door of a church, decorated with two crosses closed inside a circle. In the timphane above the doors we see the image of the Divine Lamb Agnus Dei  flanked by the archangels Michael and Gabriel. The top is edged with a decorated band.
The various friezes with floral motifs and crosses are carved in deep relief. The carvings are partly undercut in many places to give a three-dimensional effect. Creating the four pillars from a solid block of marble requires considerable skill. Their relative uniformity attests to the expertise of the carver. The central square pillar also has pillars, undercut at the back for a three-dimensional effect.

The fine work of art shows decorations and characters typical of the Age of Justinian the Great (527-565 AD). The exquisite facture of the work points to Greek workshops of the Empire, in particular Thessaloniki or Constantinople.


This reliquary most probably belonged  to a  church, an Episcopal Palace or the private chapel of a worthy man, layman or ecclesiastical. The precious object, in its perfection and refinement of execution is rare and unique in its kind. 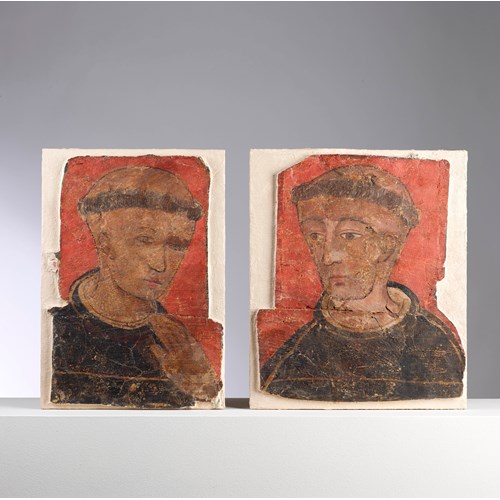 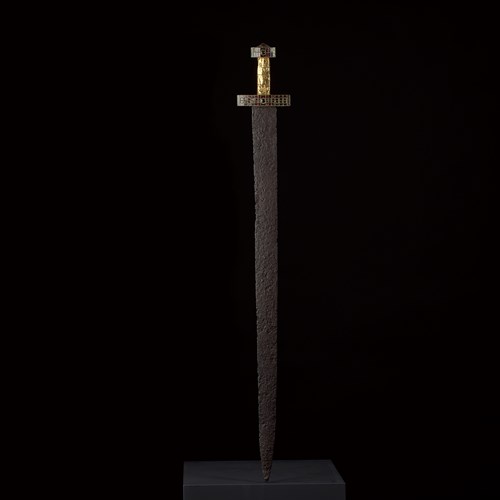 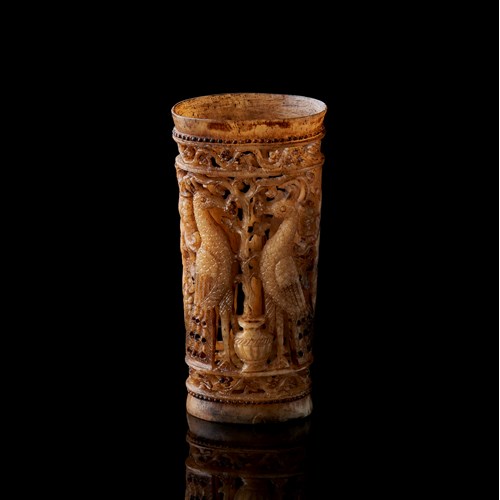