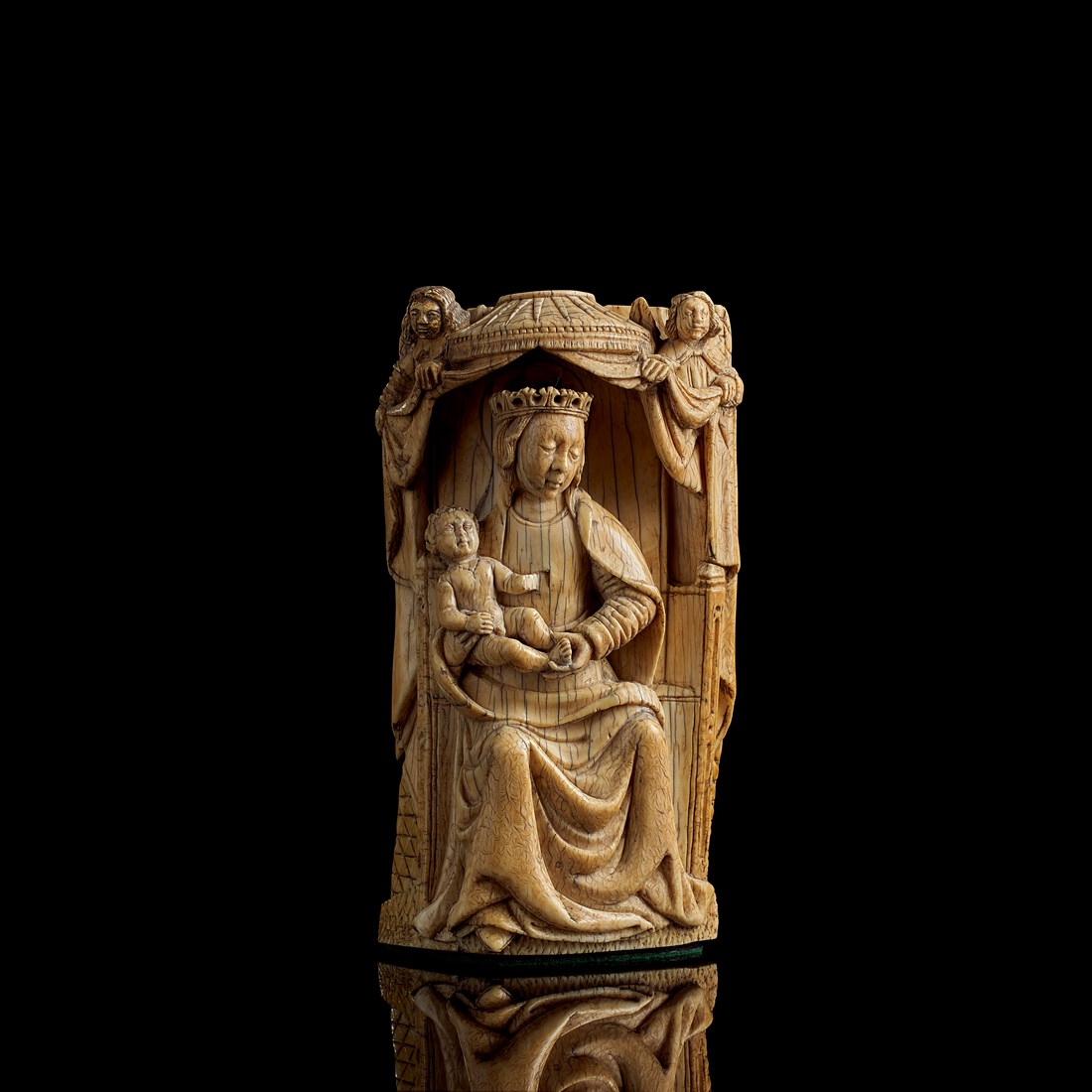 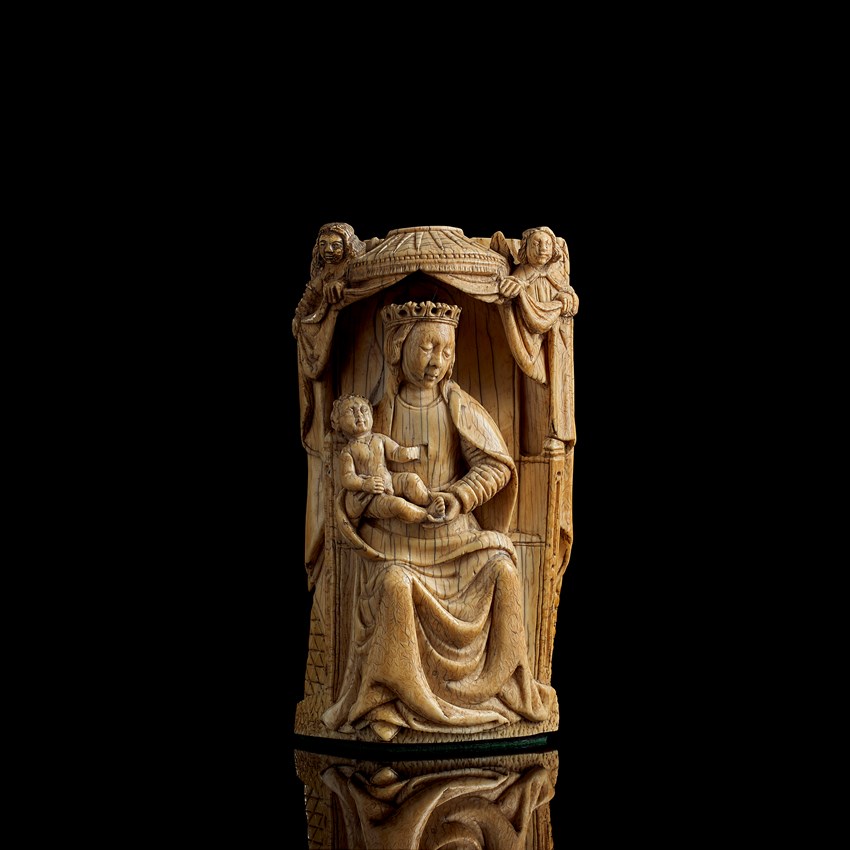 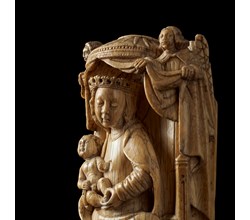 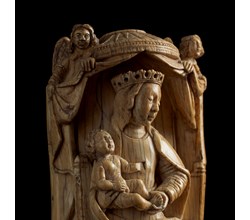 This rare and very beautiful crowned Virgin and Child, enthroned beneath a canopy whose curtains are being drawn back by angels, was made in the fifteenth century, most likely in the Netherlands. The ivory, whose small size suggests that it was produced for private devotion, was in the collection of the banker Henry Oppenheimer (1859-1932) until his death. It was described as French when it was shown in the 1923 exhibition of the finest European ivories at the Burlington Fine Arts Club (attached a pdf file from the catalogue of this exhibition.) in London, but an attribution to a regional school is in reality more complex, given the work's unique qualities. However, the physiognomy of the figures, with their round faces and bulging foreheads, as well as their slender fingers, suggests a Netherlandish origin.

In France, the making of ivory objects was somewhat interrupted at the beginning of the fifteenth century because of the economic consequences of the Hundred Years' War, but other centers of production emerged across Europe. In Flanders and the Netherlands. the art flourished particularly in Bruges and Utrecht, where a fresh approach to the traditions and methods of ivory carving evolved.

There’s another comparable Virgin and Child Enthroned in the Wyvern collection.

There is also a certain similarity between a Netherlandish relief in the V&A Museum in London . This was also made in the Netherlands towards the end of the fifteenth century and shows a Virgo Lactans accompanied by musician angels. The Virgin's face has the same gentle quality and the facial features are also comparable, with the prominent bare forehead. The stylistic similarities are most striking in the figures of the angels.

Fine and cleaned condition, with a small repair at the head of the left Angel. 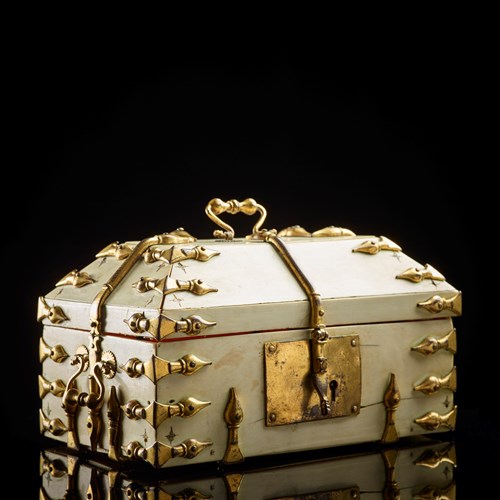