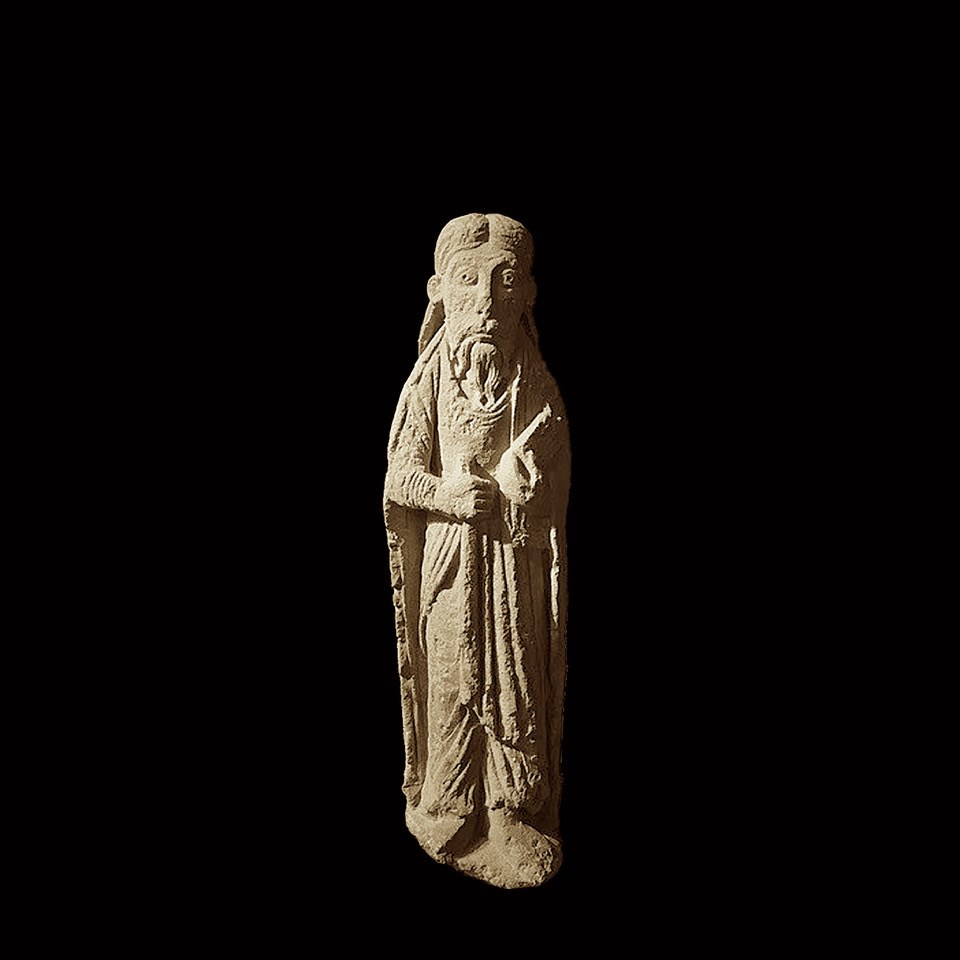 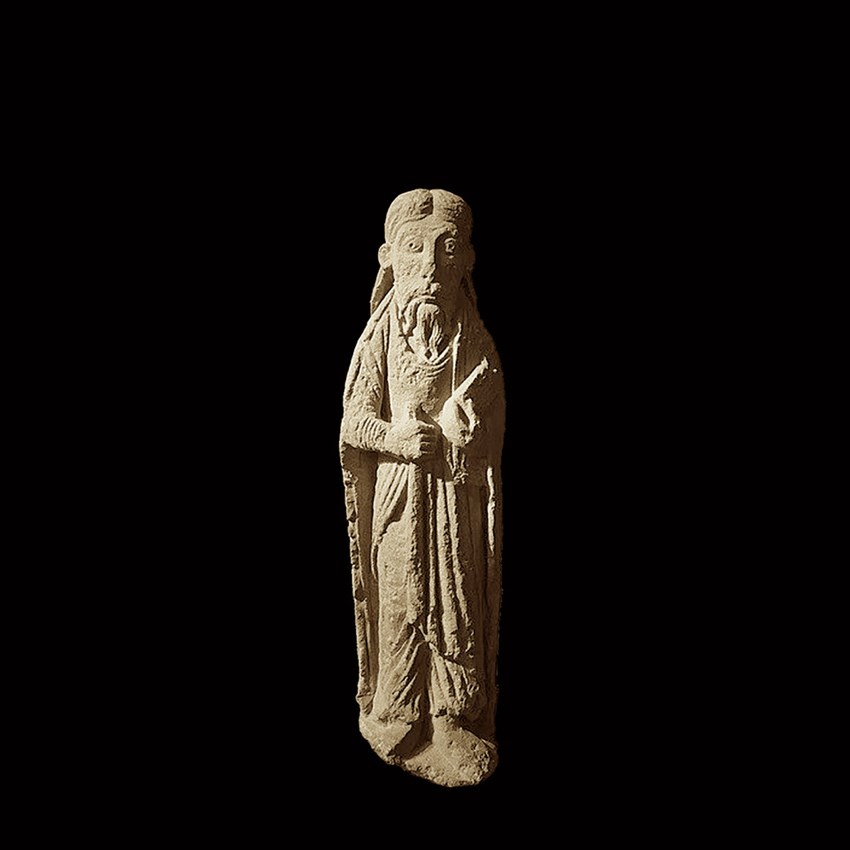 The figure is elaborated in half raised sculpting of hard limestone. The Apostle is standing in a frontal position. He holds his staff in his right hand and a book, the Scriptures, in the left. Like all Apostles, he is barefoot. In relation to his body, his head is too large. He wears a simple robe with tightly fitting sleeves and a decorated round neckline, and with a mantle over this which has been slung over his shoulders and which falls to the ground at the back. Around his waist he girded with a type of shawl which falls into a point in the middle. The pleats are not finely elaborated but are summarily represented by some carved lines. The hands and feet too are only rudimentary elaborated. All the attention goes to the face which, in proportion to the body, is too large, which is characteristic for French sculpture in the Romanesque period.

His face is oblong with rimmed round eyelids and pronounced eyes, high cheekbones and a wide straight nose. The hair, of which only a few strands have been depicted at the front, forms a type of helmet which leaves the ears bare. The moustache with double points and beard ending in two twisted points also is typical of this period. 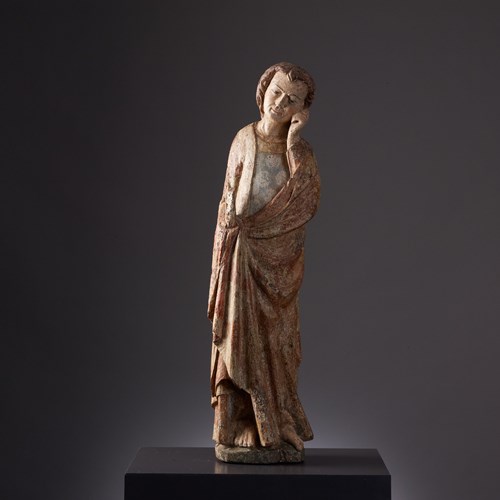 Saint John beneath the Cross 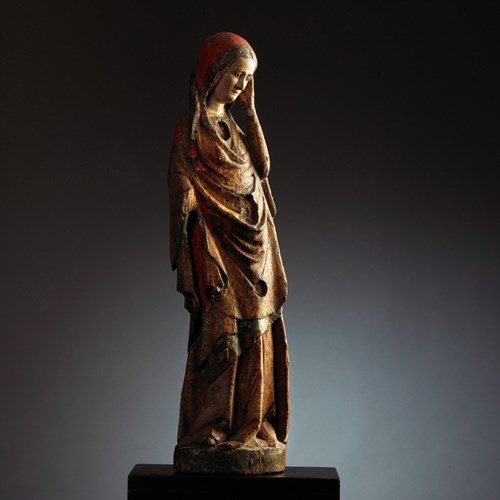 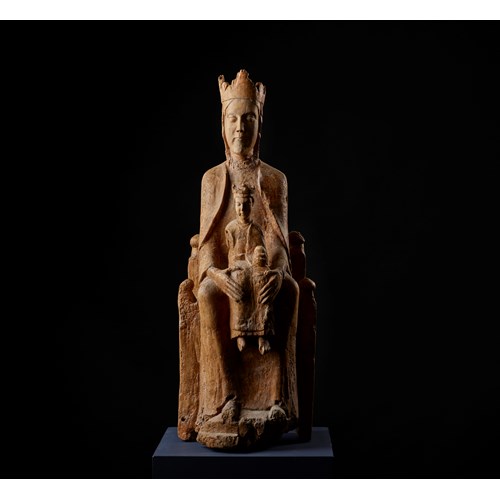