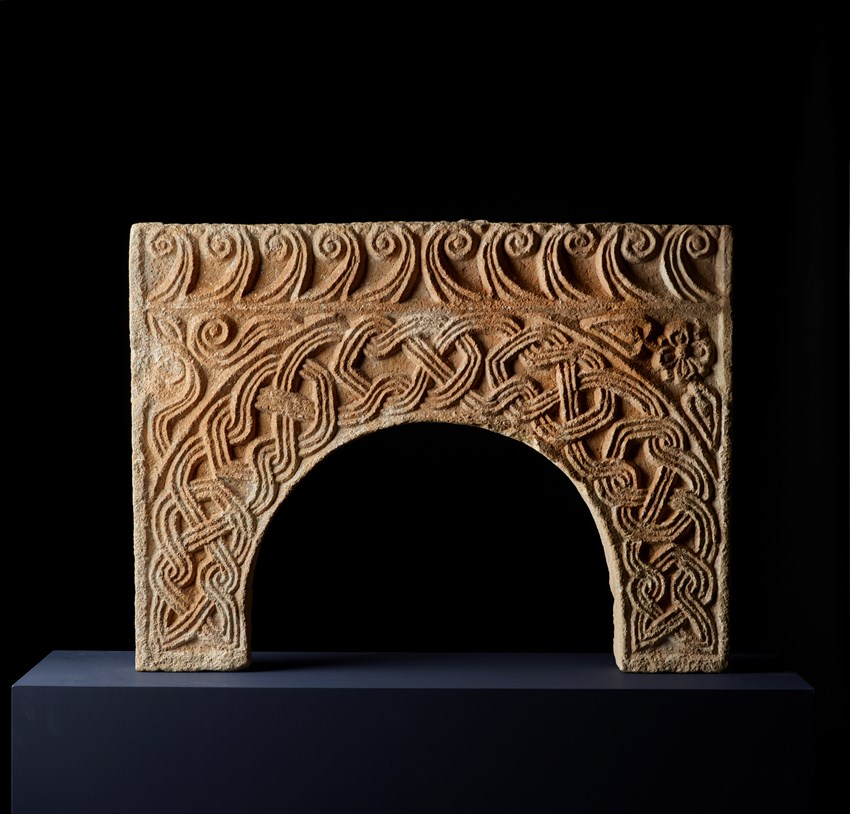 The origin and growth of Christianity in the Roman Empire is one of the most striking facts in history. On the basis of Christian inspiration, an art stream developed based on the existing late-Roman and Hellenistic traditions.
When, in 330, the Emperor Constantine moved the capital of the Roman Empire to Constantinople – the former Byzantium – this had profound effects on the history of culture.
In the 6th century, Emperor Justinian (527-565) ordered the construction of the ‘Agya Sophia’, the largest domed church ever. While the culture of the Western Roman Empire declined, Byzantine art blossomed and spread.
Byzantine art is an amalgamation of ‘heathen’ Eastern elements and Christian Romano-Greco elements. It entered Western Europe via Italy in about the 7th and 8th century, was followed by the Carolingian art and became the basis for the later medieval art.
The Byzantine culture had a huge impact on the Western world. Even after the fall of Constantinople in 1453, Byzantine art managed to sustain itself in many areas.
Carolingian art
In the 5th century, after the demise of the Roman Empire, the ‘Dark Ages’ started, and lasted from the 6th until the 11th century. During this period, cultures of a great number of tribes came into contact with each other due to population movements and trade. All sorts of styles were mingled, and art forms and motifs derived from heathen cultures, were applied to Christian themes, for instance in the English and Irish manuscripts. Decorative forms were important in this. Among a small group of scholars, interest in the creations of the antique civilisation continued. Artists also continued to use examples from Antiquity. In the pictorial arts, the aim was not to produce a realistic image. The artist also wanted to express some of his religious feelings.
The so-called ‘Carolingian art’ relates to the period of flourishing culture of the 8th and 9th century in the Empire of Charlemagne. By absorbing various traditions during the 8th and 9th century, the basis was laid for the Western European Romanesque art.
In this Carolingian art, we find an amalgamation of late-antique, Byzantine and Germanic elements. Church architecture underwent a dramatic change: the elongated central space which was typical of Byzantine churches was replaced by the centrally based basilica shape. The main monument of that time is the Palatine Chapel in Aachen.
In the area of the pictorial arts, the illuminated manuscripts (for instance the Evangelion of Ebbo and the Coronation Gospels), ivory carving (for instance the binding of the Gospels of Lindau), goldsmith’s art and painting flourished. Very little of the monumental fresco’s in churches has remained.

Here we see an architectural element which can be identified as a part of a so-called ‘Ciborium’.
The stone not only has its value because it is typical of the Carolingian period but has added value because it can be identified as a very specific and at the time very important ecclesiastical architectural element: it is, in fact, a part of a Ciborium (Ciborie in Dutch, Ziborium in German, and Ciborium in French).
Not the Ciborium as we know it, as a recipient for the Consecrated Host (liturgical vessels), but the Ciborium as the superstructure of an altar, over the tomb of a Saint, or over a relic. The Ciborium has existed since the early Middle Ages, with a large concentration in Italy, probably after Byzantine examples.


This is the most complete Ciborium from that time and region, comparable to our fragment, being late 8th century, Italy.

A reconstruction drawing of the Ciborium over the grave of Saint Peter
in the former Saint Peter’s Basilica in Rome, late 8th century

Apart from the Ciborium in the archeologic museum in Madrid, there are, as far as we have been able to ascertain, only a few remaining Italian Ciborium arches: one of these is located in Berlin, Staatliches Musee, considered to originate from Rome or Latium (= region around Rome), in marble and in a style which can be dated to around 800.
This arch has, in the same way as our element and the one in Madrid, a similar band of two sets of curling rays at the top.

We can see this as ‘proof’ that the arches were part of a Ciborium. These curling rays represent the connection of what is kept under the Ciborium with the heavenly or Godly.

The decoration on the arches is typically Carolingian, although with a Langobardic-Byzantine flavour – for instance, the palmette and the flower in the corners – but these curling rays (so, as a connection with the heavenly) are found (almost) nowhere else on Carolingian objects than on the Italian Ciborium arches.


Also, another example is known of a similar element which is located in Brescia, Musei Civici d' Arte e Storia, as being from Brescia, middle 8th century (possibly late 8th century or second half of the 8th century)


Material: oolitic limestone (oolitic because the stone shows a grained structure) with a soft pink colour.

We can determine that this element is without any doubt one of the four sides of a Ciborium in Italy. In view of the reference material, it can be dated to approximately the 8th century. Such fragments from that period are exceptionally rare.

Damages & restorations
Small visible damage to the left side

Head of a female Gisant